A solid follow-up to ACE, although not as fun to play as the original. Similar to its predecessor, ACE 2 is an oldie head-to-head air combat flight sim set in modern days of aviation. The game has a very strong arcade feel, as all the missions you fly are nondescript or generic. Your plane is also a generic, hypothetical modern fighter, and the goal is to fly different sorties to kill enemy aircraft. Very similar to ACE, except that you can now play a 2-player hotseat game, or solo competition against the computer, in split-screen mode. Cascade still manages to pack a lot of details and weapon variety into little space, but the game IMHO feels a bit more repetitive than ACE. Overall, a must try if you like the original, but otherwise it's a decent sim that unfortunately doesn't hold up well with time. 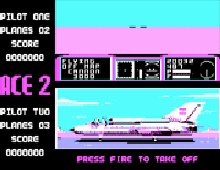 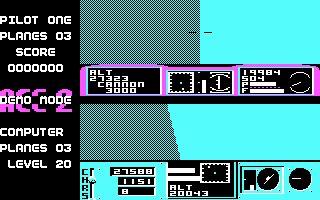