Space 1889 is the second game based on Game Workshop's p&p RPG. In an alternate history (similar to Origin's Martian Dreams) where Thomas Edison invented time travel, you set out in an alternate 19-century world to find King Tut's treasures, but are soon caught up in a grand quest that leads you to Atlantis, Mars and beyond. Numerous optional mini-quests and emphasis on exploration and puzzles over combat make this a great game for both RPG and adventure gamers. The well-written dialogues (especially with Rasputin and Jules Verne) are a plus. 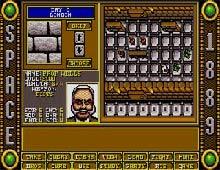 People who downloaded this game have also downloaded:
Star Command, Pool of Radiance, Lord of the Rings 1: Fellowship of the Ring, Ultima IV: Quest of The Avatar VGA, MegaTraveller 2: Quest for The Ancients