The only RPG ever published by QQP, Red Crystal is a very kind of RPG that can best be described as RPG meets strategy-- similar to Omnitrend's Paladin and Sierra's Birthright, your goal is to maximize your hero's fame by sending him/her to different quests that may or may not be part of the overall plot of the game (which, in this case, is your typical "kill-the-evil-lord" story). It has its moments, but the whole is unfortunately less than the sum of its parts here because neither the strategy nor the RPG portion truly stands out. Worth a look if you are interested in seeing tactical elements in RPGs, though. Another innovative feature here is that two players can play the game simultaneously. 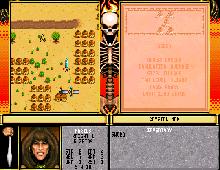 People who downloaded this game have also downloaded:
Neophyte: Koplio's Story, Romancing Sa-Ga 3, Neophyte: The Spirit Master, Summoning, The, Prophecy of The Shadow