Day of the Viper

This fun action game puts you in command of Viper, a futuristic droid sent to capture a space army base back from GAR, a computer sentient gone berzerk (not unlike System Shock's Shodan). Your task is to find floppy disks (!) scattered around the base and reboot the system. Along the way, fight many enemy robots and find new components to upgrade Viper's system. The interface is somewhat intuitive, but the blend of action and adventure elements is well-implemented. 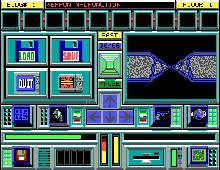 Day of the Viper screenshots

People who downloaded this game have also downloaded:
Chaos Strikes Back, Dark Heart of Uukrul, Captive, Crystals Of Arborea, Aleshar: World of Ice