One of the best freeware giant robot game ever made, Titans of Steel is a solid, well thought-out tactical wargame reminiscent of FASA's Battletech board game. Basically an unofficial remake of classic Amiga game Mechforce, Titans of Steel features an excellent handling of time sequences (this is a turn-based game), well-designed mech and driver capabilities/skills, and a smooth user interface (although it takes some time to learn). The game's best innovation is that it is made up of three modules that are stand-alone applications: tactical battle interface (which you will use the most), and mech and character development programs (called "factory" and "headquarters") which allow advanced users to create their own mechs and pilots.

The game is worth the download for the battle module alone, but the other two are great additions for advanced players who want to role-play, even if the 'role-playing' element is a bit limited. The battlefield plays like an excellent game of chess, with a lot of high-tech weapons and skills similar to AD&D games. The latest version of the game adds a solid map editor, and an excellent module that allows plot lines to be built, thereby integrating the modules together. Best of all, the development team listens very actively to players' comments and criticisms on the game, and consistently releases new add-ons and patches to make the game even better. The learning curve is quite steep, but Vicious Byte recently added an excellent tutorial and updated manual that should make the game more accessible to beginners. If you're a Battletech fan or fan of tactical wargames in general, Titans of Steel comes highly recommended. 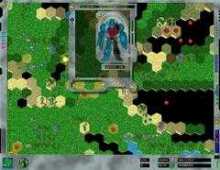