Zone 66 is a great overhead shooter that takes the genre to another level with 360-degree freedom of movement. Featuring furious gameplay, funky techno soundtrack and plenty of options, Zone 66 is one of the best -- and most underrated-- shooters ever made, freeware or not.

Interesting trivia about the game from MobyGames: "Zone 66 is one of the first games whose production team consists almost entirely from demosceners. It is programmed and composed by two members of the legendary North American demogroup Renaissance. [The game] was developed on a 386 running at 16MHz. For an action game with full-screen updates, this was a technical achievement. Tran [demoscene nick of designer Thomas Pytel] was able to eek more speed out of such a machine because he used a preliminary version of his own 386 protected-mode extender "pmode". Unfortunately, due to the extender being an early version, the game is incompatible with all Pentiums and higher. 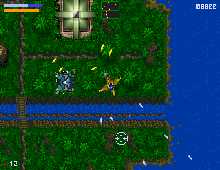 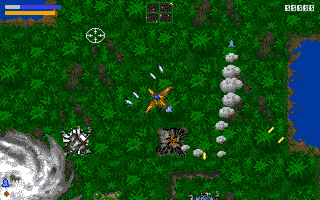 People who downloaded this game have also downloaded:
X-Men: Children of The Atom, Xenon, Xenon 2, Zombie Wars, X-Men 2: The Fall of the Mutants