You grip the pistol between your sweaty fingers and wait anxiously for the person to turn the corner. There he is! Soon the whole area is full of light, blood and the smell of death. This is Tapan Kaikki (which means "I will kill you all" in Finnish), a top-down-shooter action game unlike no other with many great features.

The most noticeable of all is the graphics: they're good! Most freeware DOS games usually lack quality in the graphics, but have excellent (and unique) gameplay. Tapan Kaikki is the opposite. Simple gameplay of dodging bullets with the strafe buttons and slamming sweaty fingers on the CTRL key, but quite nice graphics makes the game good. Pick up an Auto-grenadier and fire it a few times, but try to keep your jaw shut. Footprints from walking in the sand is a nice effect, and blood splats on the ground when you're injured. One unique feature similar to BMF is the Fog of War, which adds realism to the game. The weapons, you might be asking? Sorry about this but the weapons are scarce and unoriginal: the shotgun, the pistol, land-mines, grenade-launchers, rocket-launchers, etc. (get the flamethrower, it's one of the best I've seen!)

Multiplayer, multiplayer, multiplayer! I am on a never-ending quest for games utilizing great multiplayer features, and this game is on my list. Call up a friend and play some shoulder-punching split-screen death match or co-operative. But if your friend lives in Brazil, host a network game using a IPX-to-TCP/IP program such as Kali, Microsoft Gaming Zone (ZoneLAN-IPX) or Kahn. One feature I have to complain about is that network games do not have co-operative support, only death match. But hey, all co-operative games end up death matches anyways, right? Of course, those people who live in a cave with no friends yearn for single-player games. Tapan Kaikki's single play is not for those RPG-style players who love deep story-lines, interactive dialogues and quests but for those who lust for action and plenty of killing. With an Unreal Tournament-type of single play, you enter a somewhat small level with a certain amount of enemies (which are listed ere the level begins) and you must kill them all to pass to the next level. One feature in this that I adore is shopping! Before the level begins you buy some extra ammo and maybe pick up your first uzi.

The last great feature that EVERY game (except for adventure games) should have is the level editor! Simple to use, and all the game features available, this level editor is awesome. It's really fun to make a level and play it against your friends: you know where everything is, so you can roast them like rats in a campfire!

To wrap it all up, Tapan Kaikki is a great game worth the small download. You don't see many freeware game like this today. Great multiplayer, action-filled single player and a built-in level editor make this game one-of-a-kind. 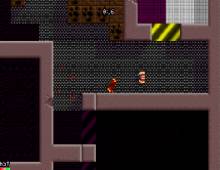