Popeye 2 is a fairly poor jump'n run featuring the popular comic hero with an affection for smoking green grass, for a thin woman and as an abnormal feature in this game - jumping - although this was role intended. Usually Popeye doesn't jump that much. Ok, Popeye 2 is the standard jump'n run... mediocre graphics, PC speaker sound and boring gameplay. Let the hero himself have the last word: "I'm strong to the finish cos I eat me spinach." 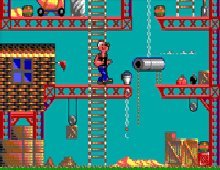 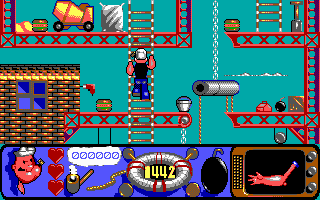 People who downloaded this game have also downloaded:
Mario Forever, Prince of Persia 2: The Shadow and the Flame, Pinball Illusions