A competent PC pinball game designed by Spidersoft. Contrary to what most people believe, Swedish developer Digital Illusions who designed the original pinball classic Pinball Dreams did not design this sequel-- Spidersoft designed it themselves for 21st Century Entertainment. Still, the fun gameplay of Pinball Dreams is quite successfully replicated in Pinball Dreams 2, with different tables of course. Similar to the first game, there are four tables: Neptune, Safari, Stall Turn, and Revenge Of The Robot Warriors (my favorite). The action is fast and fun, and the controls intuitive and very responsive-- some might say TOO responsive even. I feel that the color palette used for each table lacks variety a bit: the Neptune table looks too blue, the Safari too yellow, and Revenge of Robot Warriors too grey. But at least the various hotspots are easy to recognize. Overall, if you like pinball games, Pinball Dreams 2 is a worthy addition to your collection. The game was released Europe only at first, and only much later in the US as part of Pinball Arcade collection. Not as good as Digital Illusions' later classics (e.g. Pinball Illusions), but quite decent. 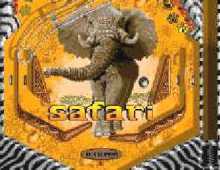 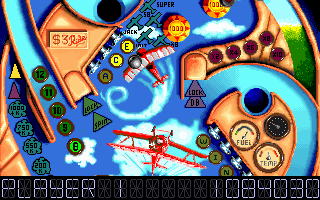