Well, this is just another pinball game. You can choose from four different tables to play on. The tables sport different themes - the wild west, nightmare, music and space.

The four tables don't offer any really unique setups. They are actually much the same except for the layout of course. The graphics are okay and the sound is pretty good. All in all a pretty nice little game, that will give some hours of good play.

Pinball Dreams on the Amiga, developed by Swedish developer Digital Illusions, ex-demo group members, was a huge hit and a revolution in the genre. This PC conversion was done by "they-proved-to-be-uncapable" Spidersoft and it doesn't keep up with the original game. The tables are the same, four different well-designed multi-screen tables called Ignition, Steel Wheels, Beat Box and Nightmare. Also the great music and sound effects have been carried over by a MOD replayer - however I didn't get sound to work on my PCI card. Still, it's lacking something... Probably it's because the graphics use some tweaked graphics mode, which looks a bit squashed and dull compared to the Amiga game. But still, it's a good pinball game for your PC, a decent conversion for its time. Also check out the excellent sequel, better converted to the PC, called Pinball Fantasies. 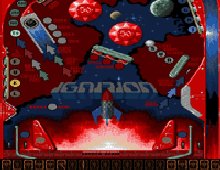 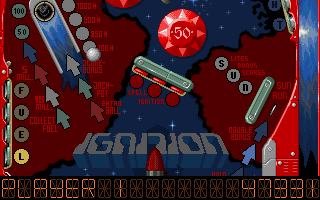