Definitely a dated, redistributed discount package with typical Spidersoft 2D tables. Casino actually has the same features but a different layout as Jackpot in Total Pinball 3D. Fluffy muzak soundtrack with some OK sound and speech effects. Few and simple targets but fairly good and conceptual "story lines" if you can stand it that long. Tables too long with many "bald spots" where additional targets could have been placed. Even at the steepest table angle the game plays annoyingly slow ("moon gravity") and the flippers hardly have the power to get the ball to the top which takes the fun out of the few positive things that can be said about this game. If you want to treat your unspoiled kids or need something that runs in 405K memory on a 386SX, this could be for you anyway." Worth a look only for die-hard 21st Century fans only.

Yet another nice pinball game. Nice things about pinballgames is that it takes quite a time to know what you have to do on the machine. Just keep the ball in the playfield. Different fields to play on. 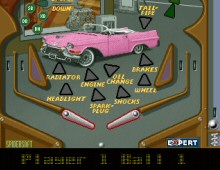 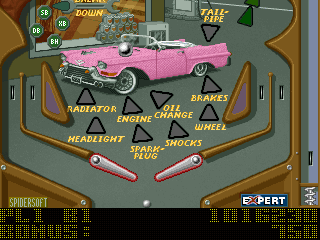