Marginally above-average "realistic" military action game in the style of MicroProse's venerable Airborne Ranger, except not even half as fun. Your role, from MobyGames' description, is to: "...[take] the role of a navy SEAL operative and embark in 3 missions involving terrorists, hostages, and the like. The plot is fairly nonexistent, since each mission is independent from the rest. Each mission has several "portions" with different types of game mechanics, making the game almost a series of mini-games. The most predominant type of gameplay, however, consists of side-scrolling arcade action with some realistic twists (no power-ups, lives, or other stuff like that)." Fun for a short while, but repetitiveness and simplistic gameplay make for very little replay value. 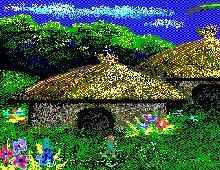