Fox Ranger is a fun side-scrolling shooter from Soft Action, later to become SKC Soft, one of the leading game developing houses in Korea. While the objective ("blast everything in sight") is all too familiar to action gamers, the game boasts excellent ship designs, numerous baddies, creative power-ups, and nonstop action presented in attractive EGA graphics and smooth scrolling. The end-level bosses are appropriately tough to kill, although fortunately you can choose to play on the "easy" level if the going gets tough. Overall, a pleasant diversion for an evening or two, and the anime-style ship designs in particular should appeal to fans of Japanese/Oriental shooters in general. A competent game that bodes well for SKC Soft's later releases including Dragon Force and Assault Dragon. 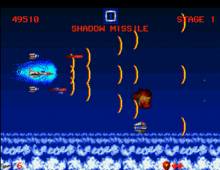 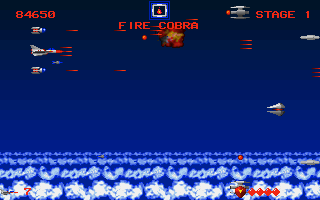