Bedlam is lackluster Space Invaders-style vertical shooter that packs a lot of gameplay variety in less than 200KB of space. Although the 4-color CGA graphics unfortunately looks too pale compared to the colorful Spectrum version, the fun gameplay remains intact. The gameplay is simple: shoot wave after wave of alien ships that fly from the top of the screen. You also have to watch out for shooting gun terrets on the deck of motherships and starbases. Fast, fun, and highly playable - the way a good shooter should be. Too bad the levels are largely repetitive and the enemy ships look too much alike to keep your attention for long. 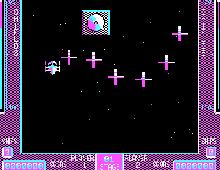 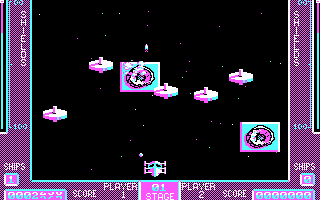