Despite the name, the story of the second Infocomics, ZorkQuest 1, actually has little to do with any Zork game. Instead, it is a separate story set in the Zork universe. The story revolves around treasure-hunting in the ruins of castle Duncanthrax and the evil woozle that lurks within. A good story, although not as captivating as the games or the Zork novels that Infocom published earlier.

Zork Quest 1 and 2 were part if Infocom's interactive comicbook range (Infocomics) and neither have much to do with the Zork universe as it is told in the original games.

Zork Quest 1 revolves around you hunting for treasure in the ruins of a castle - somewhat like the original Zork except for the additions of graphics, sound and animation.

The story itself is quite good, and it's probably best if you see this as an Infocom adventure lite. Play this, then go and play some of the other Infocom games on the site. 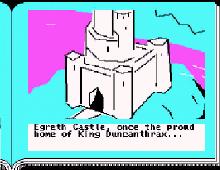 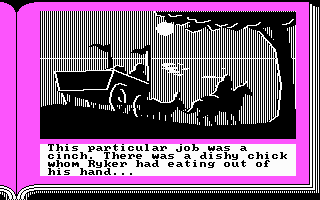