In one of the best "spy" games ever made (but then, there haven't been that many...), you are a NATO spy who is tasked with recovering stolen NATO defense plans, earning money and skills in the process. The vast gameworld, very few clues, and numerous objects you can use (including neat spy gadgets) make this a difficult game. Most puzzles center around tracking suspects with the right equipment, and interrogating them. If anyone has a walkthrough of this, let me know!

This game is settled in Germany during the cold war. You play a spy which has to recover some stolen stuff from the NATO. Top game! 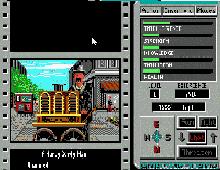 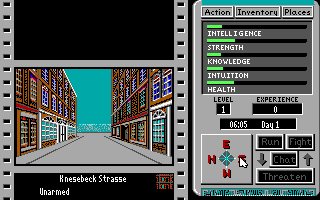