Mindshadow was the first original game Interplay ever did, and remains today one of the most inventive interactive fiction titles. In the words of designer and Interplay's founder Brian Fargo: "Based loosely on the old Robert Ludlum novels, it focused on the main character losing his identity and trying to claim it back. It was a very unique game concept at the time and one of the clever aspects was that players would enter THINK NOUN and each time the player entered a word that related to the past, part of your memory came back. You actually won when you reclaimed your whole past." Another fun feature is the on-line hint function, which you can get by typing HELP CONDOR (even the designers themselves had no idea where this came from). The game was definitely an inspiration on games such as Amnesia and Deja Vu. Mindshadow is definitely a must-have not only because it was the granddaddy of all amnesiac games, but because it is a great game in its own right, although it is a tad too short and solutions to some puzzles are obscure.

Very original adventure game. You've lost your mind and have to find it back. The interaction is very well made. 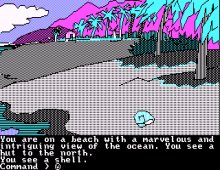 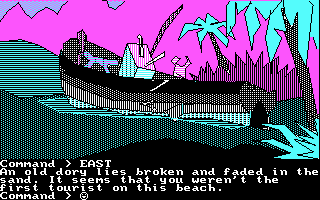