Indiana Jones in: Revenge of The Ancients

You're world-famous explorer Indiana Jones, in search of a lost civilization in one of the earliest computer game licenses of the hit movie ever made. The premise in Revenge of the Ancients somewhat parallels the movie Raiders of the Lost Ark, although fortunately with enough differences so as not to spoil anything for fans of the movie. The game is a cliff-hanger similar to Angelsoft's earlier Dick Francis, only a bit inferior due to lack of as many real-time puzzles. Still, it stands as one of the best Angelsoft releases, and Indiana Jones fans will immediately recognize both the physical puzzles (most of which must be solved in a certain number of turns) and riddle-based ones. 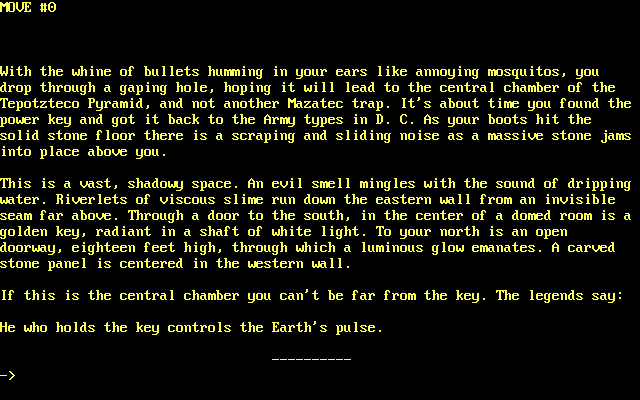 Indiana Jones in: Revenge of The Ancients screenshot