The well known Wing Commander game, one of the first version which was followed by many on other platforms. The gameplay is very similar to the known in the Star Wars games X-Wing. You have to control your ship and shoot the attackers. 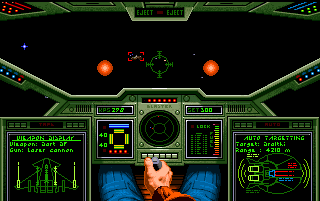