Called: "The Kindred". Third episode of the adventure game Police Quest, and the last on Amiga. There is always a crime case waiting for being solved. Now you can do it with better graphics and sound. 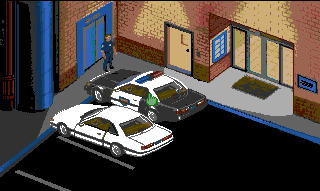