Came from Disney's famous animation movie, The Lion King. It was released to almost all platforms, including the console machines and the pc. The Amiga version is a little bit dulled in compare with the pc version. For example there are no "Hakuna Matata" level. I don't know why, maybe it would cost an another floppy disk? 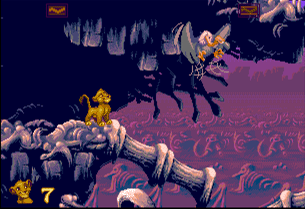