Third episode of the greatest Ninja game ever released! It was a huge hit on the Commodore 64, but Amiga version is not as good as the original. By the way, you should try. 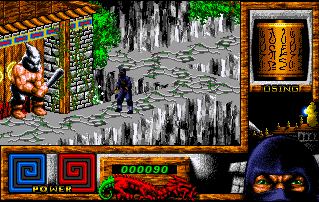