Helicopter simulator. The second generation, with enhanced audio and visual. Many playable copters, many weapons can be armed. Vector graphics, quite good speed, and very hard missions! 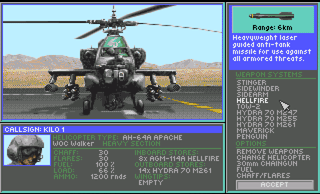