A good simulator game co-designed by Sid Meier. You can fly the Lockhead Stealth Figter through many missions. Arm it with various form of weapons. Good intro animation, music and graphics. 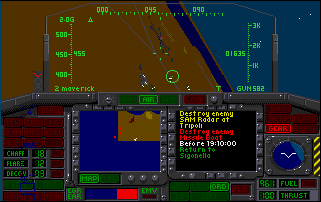