Cruise for a Corpse

It is the 1920's. Interceptor Raul Dusentier has been invited on a dream cruise in the Mediterranean, aboard the superb 3-masted ship belonging to Greek shipping magnate, Niklos Karaboudjan. But no sooner has the cruise begun when Raul is summoned to investigate a scandalous crime - the murder of his host Niklos! 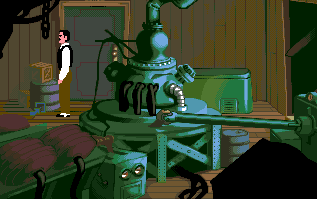 Cruise for a Corpse screenshots