" The sequel to Second Front, this covered what most historians refer to as the "Second Front" (i.e. the war between Nazi Germany and the Western Allies, 1944-45). It possessed a few more bugs than normal, and often seemed to bog down into attritional warfare." 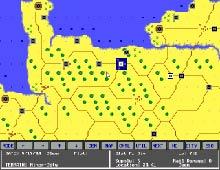