This recommended old game, and quite rare I might add, is set in the Revolutionary War. You can fight in any of 3 Scenarios including Bunker Hill , Monmouth and Saratoga. EGA Graphics, beeper and even Joystick support (although I have not tried the joystick). Command your troops and cannons against the Redcoats, or fight the vigilent Minutemen. Individual squads of men are commanded by generals (Prescott, etc..) and you are in control of the forces as a whole. Let your cannons do the hard work and your men do hand-to-hand and you shouldn't have a problem. Overall a GREAT game that is still challenging in a genre (Revolutionary War) that needs more games. 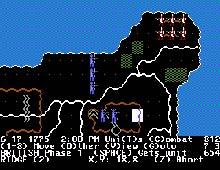