An average squad-level tactical game, D.R.A.G.O.N. Force is Interstel's attempt to apply the same level of complex and realism used in Starfleet games to small-arms tactics . The result is mixed: while the game is decidedly more realistic than other games of its type, its realism ultimately results in a tedious gameplay that's a far cry from the quick decision-making and furious action games of this type requires. The bottom line: Play SEAL Team instead. 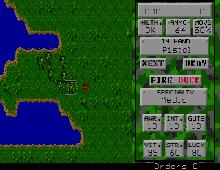 People who downloaded this game have also downloaded:
Bandit Kings of Ancient China, Master of Orion, Kingdoms of Germany, Machiavelli The Prince (a.k.a. Merchant Prince), Dune 2: The Battle for Arrakis