Big business is a different but well made business game. While it really lacks serious game features it does offer some nice things like the cartoonish interface that is also very easy to use. Several small details have also been implemented.

As mentioned the game isn't very serious. You are the CEO of the game and you have the make the company as successful as possible by selling and buying different products. This part of the game is very simply though and it makes the game a bit boring since it's the same things you can and have to do in order to win in the game. Especially the general computer intelligence isn't very high and once you have succeeded in defeating the game one time you have the formula to win pretty much every time.

What makes Big Business a decent business game are the quite good graphics (compared to that the game is from 1990) and the well done interface and somewhat good ideas implemented in the game. Big Business isn't for the serious business gamer though as the game can't offer continuous gameplay as mentioned earlier. A recommended choice if you would like to start playing games in this game genre.

A decent, humorous business game, Big Business by DigiTek acquired a small following when it was released for the Amiga, although the game's flaws economics model and repetitive gameplay seriously hamper replay value. As CEO of a company, you will make business decisions to stay ahead of the competitors and increase shareholder value. The game's highlight is the cartoony feel, good user interface, and a likeable (although vastly simplified) stock market model that is surprisingly robust, even though it doesn't seem to be affected by economic trends. Product pricing model is also very simplistic-- I find it very easy to corner an opponent and win in price wars, as the computer player doesn't really know when to stop. Overall, an okay business sim that would have been much better if DigiTek had made the economic model more realistic.

Make a succesful company by buying and selling techniques. You got to like this type of game, but to see the download statistics you guys love it :) 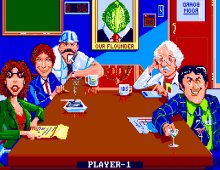 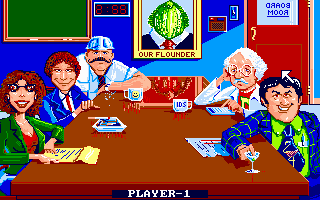