Ashes of Empire is an intriguing espionage action/strategy fusion inspired by the tumultous events in Eastern Europe in the early '90s. As Mike Singleton's last and biggest game, Ashes of Empire features a much-improved engine first seen in its spiritual predecessor Midwinter, with over 6,000 unique characters, vast 3D gameworld, and over 9,000 locations. You must select a tactic to bring order while avoiding a nuclear conflict with an embittered people; both strategic prowess and psychological insights are key to winning the game. Despite cumbersome interface and a steep learning curve, Ashes of Empire is Singleton at his best. 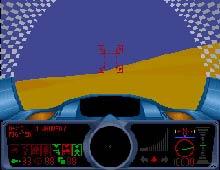