Interstel ended its troubled career on a strong note that unfortunately went unnoticed: Armada 2525 is a space strategy game that looks and feels like a solid update of the venerable Starfleet, although computer AI is a letdown compared to that classic. There are also numerous bugs in the game, as well as an inadequate manual that isa far cry from Interstel's usual standards. Everything about the game suggests that it was released well before its time. Still, the abundance of galaxies to conquer, a lot of structures to build, and a neat tactical combat module add up to a fun game that deserves a closer look. Had it not been Interstel's last game made during the time of the company's last financial turmoils, Armada 2525 would no doubt have gotten much more strenuous beta testing and more aggressive promotion. Fortunately, designer R.T. Smith did spend more time on the game and released it after Interstel's demise as Deluxe Edition.

Note: Here is an interesting anecdote about the game from Paul Meyer, ex-programmer at Origin: "At the CGDC the spring after this game came out, I learned that, despite their usual explicit tolerance for after-hours gaming, Armada 2525 was explicitly banned from the SSI offices. Apparently people playing it were failing to go home, and this was affecting schedules." And who said game programmers don't get addicted to games by other companies? ;) 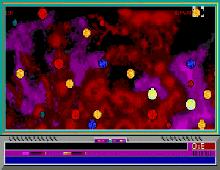 People who downloaded this game have also downloaded:
Armada 2525: Deluxe Edition, Lords of The Realm 2, Settlers II Gold Edition, The