Pole Position II is a decent EGA/VGA conversion of Namco's arcade hit of the same name. The premise is the same as the original: drive your F1 as fast as possible to qualify for "pole position" in the race. The only differences from the first game are the EGA/VGA graphics and four available tracks (as opposed to only one in Pole Position). If you like the first game, then you will probably like this one too. But other than that, there is little to recommend this simplistic racer that has been superceded by many better games since mid-1980s. Even with hardware constraints of 1988, Namco could have added some complexity to the game. As it stands, Pole Position II is a merely average arcade-style racer that pales besides major contemporaries Vette! from Spectrum Holobyte and OutRun from SEGA. 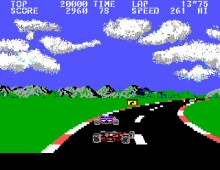 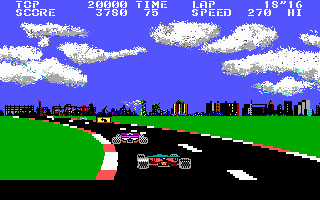