An average soccer game based on England's most popular soccer team in mid-1980s (before David Beckham and his Manchester United peers became all the rage), Liverpool botches the prestigious club name with bland graphics, blocky player characters, and simply not enough of anything.

The game offers the usual range of gameplay options: practice mode, single match, or F.A. cup tournament. In contrast to most other soccer games, you can only manage one team-- Liverpool, of course. There are pros and cons of this. On the plus side, you can peruse digitized photos and read short bios of all the team members, all of whom are ranked on strength, fitness, aggression, and skill percentages. However, these individual statistics are moot in reality since all the players look alike on the field, so it is very difficult to tell who you are passing the ball to. Fans of managerial soccer simulations will also wince at Liverpool's extreme lack of options: choosing the formation and lineup are just about the extent of control you have over your team, aside from the cumbersome arcade-style control that is poorly implemented.

Liverpool's golden days may be long gone, and too bad the only game made as a tribute to them can't help sustain the memory. For those who want to know how great John Barnes and Ian Rush were at the height of their careers, watching old videos will be much more illuminating than playing this disappointing game that doesn't offer anything new to the genre, aside from a few digitized photos of former soccer greats. 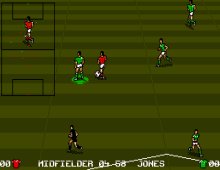 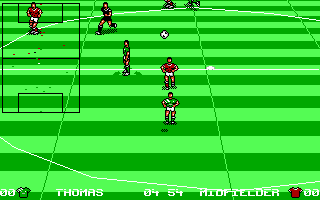