Car and Driver reminds me of Test Drive games a lot. The physics in the game are very accurate (maybe even too much) so fast driving and good steering in the same time is not possible. The graphics are done real nice, the cars are drawn nicely and the complete game runs real smooth. Different camera angles and views are available. The game features some real nice cars (such as Porsche, Lotus and other road beauties) and interesting tracks but lacks one, and I must say important thing - tournament mode. Overall, the game is good but gets very boring after just a couple of hours (maybe even sooner).

Car & Driver is a solid racing game that's long forgotten. As one might expect from the makers of astounding System Shock and most recently Thief. car physics and handling are accurate, and there are many hot rods you can choose from (Porsche, Ferrari, etc.) and a variety of tracks to race in. The lack of an overall tournament mode and too few computer opponent make gameplay a bit boring, but if you're bored of playing Test Drive 3 one too many times, check it out.

The gameplay isn't really special. The car handling is done pretty well, but I think it's not challenging enough. It could have done with some kind of real challenges, like a tournament mode and more and better computer opponents.

This is a game that I don't particularly recommend, but if you really feel you have seen all other racing games and you're rather bored, check it out! 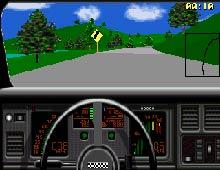 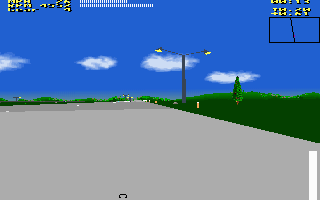