Definitely the best in the famous Test Drive trilogy (I know that there were mode TD games made after those three, but they were not made by Accolade and were not sims but more like an action games). Test Drive did it again - new things never seen before in a computer game! Those were the radio stations in the car, lights, horn... All made to make You feel as You were really in the car. The graphics are MUCH better than in any other TD game and this time You can pick one of the three cars. Tracks, opponents, police, cows on roads... There's a lot to be seen and You can't miss this one! 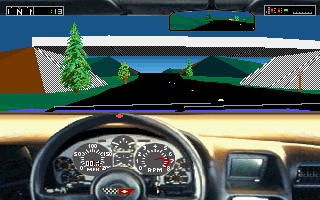