MobyGames description says it all about Titus' most popular platformer: "Titus the Fox: to Marrakech and Back is one of the most popular and innovative titles ever to be witnessed on the old 286. It's a really cute platform game in which you play a fox - as simple as that - which has to advance from level to level, having to defeat bosses, kick enemies' arses, and the sort of thing you'd generally expect from a platform game. What does set this game apart is the cute, catchy music, the wonderfully drawn graphics and the super addictive gameplay, which make it an experience to remember."

In short, Titus The Fox is a very enjoyable jump'n run game-- technically and in terms of gameplay one of the better ones of its time. My only gripe is that the scrolling is a bit annoying as the screen only starts to move when you are very close to the edge of it. Strangely enough, the French version of this game was released with a different main character, Moktar.

Titus the Fox is a very nice platform game, where you can pick up things to shoot at enemies, jump on walls and climb buildings, etc. 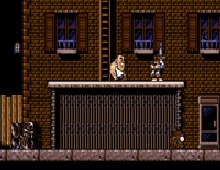 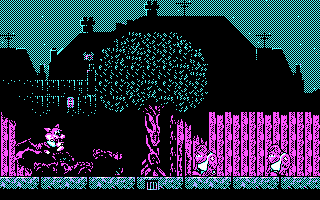