Stellar 7 and its better sequel Nova 9 are two fun 3D action old games that combine furious action with resource management similar to the classic Spectre. Drive futuristic hovercrafts in missions against the evil warlord Drax and prevent him from-- what else?-- controlling the universe. They're fast and fun, although enemy ships could use a bit more brain :) Stellar 7 was a remake of a 1983 game of the same name from Damon Slye/Dynamix, which was never released for the PC.

Very cool polygone game from Dynamix. You drive some big tank, called Raven, on several planets on which you have to destroy the evil forces of Gir Draxon. In the end of course you are head to head against the bad guy himself. 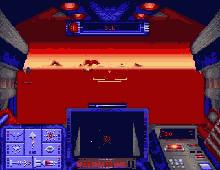 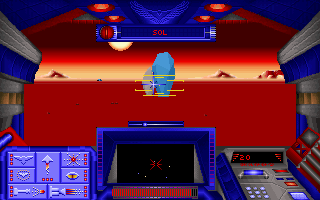