One of Taito's best known games, Qix is a great PC port of the hit arcade title that sparked numerous clones. Like all other great arcade classics, the gameplay is simple, but highly original and addictive. Your goal is use a marker to separate the screen into different portions, thereby "claiming" the space. In the meantime, you must avoid electronic creatures called qix, sparx, and others that randomly appear to destroy your marker (by touching either incomplete lines or the marker itself). Mindless, yet very addictive, Qix is a must-have for every arcade fan, and a great game to relax with from more serious action fare. 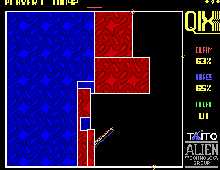 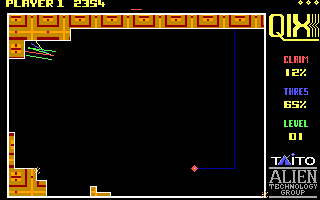