PC adaptation of a popular edutainment TV series, Jonny Quest is an action/adventure game that puts you in control of the title character and his pal Hadji in a quest to recover ancient artifacts in Guetemala from the bad guys. There are numerous fighting scenes, but thankfully most of them are easy. Easy puzzles make for a good, but short, family adventure. 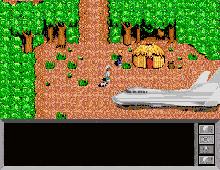 People who downloaded this game have also downloaded:
Inspector Gadget, Indiana Jones in: Revenge of The Ancients, Jurassic Park, Lost Files of Sherlock Holmes 1 (a.k.a. Case of the Serrated