A 3-dimensional space game which has you going about shooting millions of aliens and finding rare artifacts. The music is very similar to Desert Strike theme, so it's rule! Anyway, some people say that Hired Guns is a far better game. 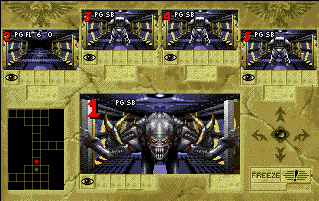