Beautiful AGA game, where you play a dog and have to save a sleepwalking boy. Push him, kick him through pits and other difficulities. Cool game, with animated cartoon intro and digitalized speech. OCS version was released too. 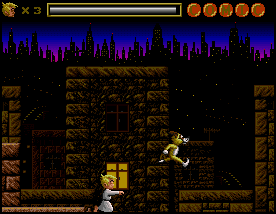