You are on a prison ship, which takes the prisoners directly to the Aliens planet. You can escape from the ship after the landing, but now you have to try tool yourself up and to wipe out this deadly scourge. It's an action game, very similar to Chaos Engine. So it has cool graphics and sound and takes only one floppy disk! 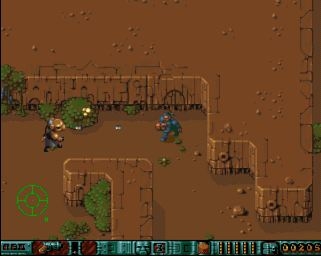