Yet another very unique strategy game from SSI. You start the game by choosing game level like how much wind there will be, whether you will play a single mission game or a whole campaign. Before each missions you will get a lot of stats shown to you regarding what target you will have, airplane statistics and much more. Once you have decided what you want to do and use you will start the mission.

The controls in this mode is a bit hard to remember, but you can always use "H" if you can't remember what key to use. During the setup of the game and between each missions you have a lot of help during each process and the game is very easy to control. The graphics aren't that good and the sounds during each missions is pretty annoying, but it's to turn it off which is good option and missed in many other games.

A simulation of the World War II Ploesti oil raids, the player had to join his B-24 to the formation, fly to the target and inflict maximum damage. While accurate, the game suffered somewhat from a repetitious nature and the fact that a single bomber in a raid offered little room for initiative. In terms of gameplay and graphics, it was superseded by [LucasArts'] Secret of the Luftwaffe. 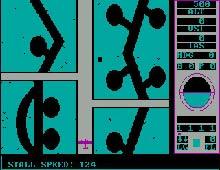 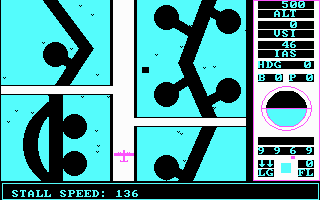