Fleet Sweep is one of the early classics offering the well known arcade shooter gameplay. The game is simple and unless you are a fan of these kind of old games I can't recommend that you spend time on this game since it doesn't offer anything special.

The game reminds me a lot of the many Atari arcade games where you control a spaceship and have to blow up as many enemy spaceships and other objects as possible on each level with only very little variation. Both the graphics and sound are limited mainly because of the technology available at the time of the development of Fleet Sweep. Stay clear of this game unless you just don't know what to spend your time on. 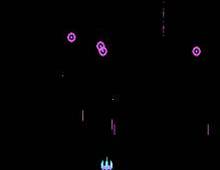 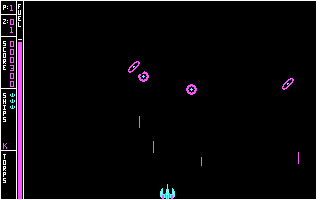