Only Nigel Mansell's name and licence sells this game, because it's nothing more, just a simple car racer game, like thousand others released on Amiga. Nigel Mansell's Grad Prix was also released on C64 in 1988, so the Amiga version is an updated, enhaced game. 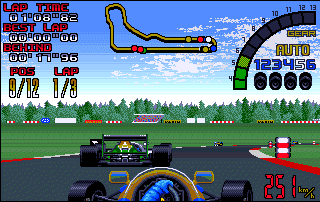