If LucasArts are the masters of adventure games, and EA Sports are the best when sports are concerned, then Microprose is definitely the BEST company that deals with any Formula 1 title! After a highly successful Grand Prix game, the sequel was inevitable. Grand Prix 2 is definitely the best F1 game ever made (at least until 1996). The game features real drivers, real tracks and a simulation never seen before. I had to play the game for weeks before I managed to earn first points! It's VERY hard, but in a good way. What I mean is that you will not throw it away because it seems impossible but you will keep playing even if you don't complete a single race for a long time. The menu gives you many options, but don't turn away, not all of them have to be used to play a game. If you simply wanted to race a bit choose Quick Race and go into the action immediately. If you're looking for more then select Championship and try to be the No.1! I say try, you never will, hehehehe. It would be great if you had a wheel to play this game. It's much easier than to use a bit unusual keyboard controls (",", ".", "q" and "a" are used to control the car). Wheel gives you much more control and the game is a LOT easier that way. GP 2 is a game that I would recommend to everyone. Even if you're not F1 fan you will like the game. 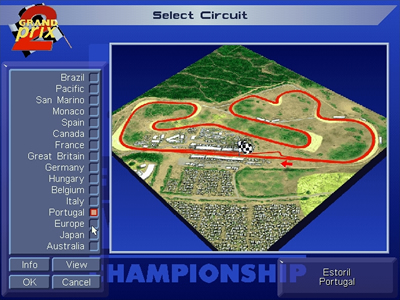 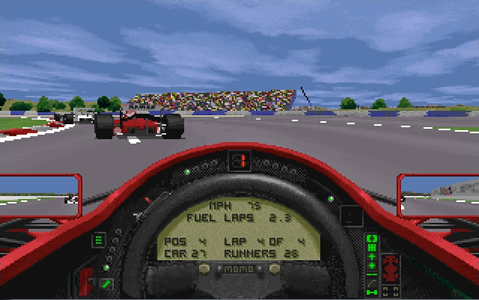