Quietly released by SSI in 1987, Rings of Zilfin is a PC conversion of classic Apple II RPG that places more emphasis on the storyline, cinematic "cutscenes," and ease of play. It is the fist game designed by Ali Atabek, who would later part ways with SSI to form Mindcraft and create the famous Magic Candle series that further improves on the strong character development of Rings of Zilfin. 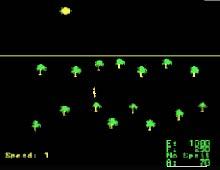 People who downloaded this game have also downloaded:
Prophecy of The Shadow, Questron 2, Times of Lore, Romancing Sa-Ga 3, Shard of Spring, The