Wheel of Fortune (from Sharedata)

You know Wheel of Fortune, don't you? Probably one of the best known TV shows of all times. You spin the wheel, name letters and find out the term. Basically it's very simple, but there is a wide range of terms to guess and you can win a nice sports car or a dream vacation in the bonus round... Hm well, not for real of course. ;) Anyway - a nice little game for a round or two - might also be good to improve your vocabulary. Not a smash hit, but nice. 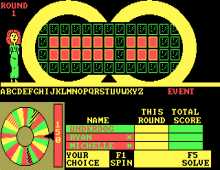 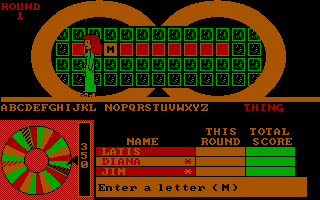 Wheel of Fortune (from Sharedata) screenshots