Note: The manual is in German, though the rules for the three games are simple and you should be able to learn them without the manual. Press F1 or F2 to start the game in one or two player mode. 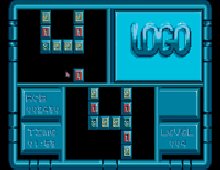 People who downloaded this game have also downloaded:
Xixit, Lemmings 2: The Tribes, Lemmings Chronicles, The (a.k.a. All New World of Lemmings), Tetris Classic, Humans 2, The