Listen to a short story how unknown developers of studio Rockstar had released in year 1997 amazing, revolutionary game GTA, earned big money and tried to earn even more of them. How? By making a datadisk transferred from fictional city of today to the London in the end of 60's. And also about that how they failed. By this arose the only really unsuccessful episode of GTA. Neverthless how it goes, only little bit was missing…

Surely you can remember your „first date" with Grand Theft Auto series. I came up to the first episode strikingly at lessons of computers on a primary school and it was love at first sight. Gangsters, fast cars and cruel violence were really impressive even in nasty 2D graphics. But I've played datadisk really for the first time and I must say,that….absolutely nothing have changed. Of course except the world. To be honest virtual London haven't impressed me at all. The only things you can recognize are names of the districts. Everything else seems really scurvy and a map would have been appreciated because not all of us are borned in London. Cars are disappointment number 2. How many types can offer GTA1? About fifty. Other episodes? A hundred or two. GTA London will amaze you by it's carpark with 15 cars which are looking like historical but instead of Fiat 500 you will drive Fat and Jugular is undercover Jaguar. The worst of all is driving on the left. It' impossible to get used to it and you are constantly straight-on impacting which is annoying mainly while running ahead of police. Police is much more impotent then in other episodes and so with four stars (heads of „Bob") you can easily drive through the city. Is almost useless to mention the fact that icon of machinegun is changed from MP-5 to british Sten. These „funny innovations" could authors keep for themselves.

What is definitely crucial about succes or not succes of the game are the individual story missions. Those can surprise you by nothing. As usually there are murders, firing the cars, blackmail and other godblessing activities. Just originality is that what they miss and great missions from 2nd episode stays untouched. Despite of that they are quite funny and well balanced. Just great time distance between separate savepoints stunt me.

GTA London unfortunatelly did one unpleasant thing for a datadisk - it made almost all attributes of the original game worse. Less cars, ugly city and driving on the left. Generally it looks more like some amateur mode than like commercial add-on from the authors. London in 2D is just not the right thing and maybe Rockstar should alike „real" datadisk create as an add-on to 3D episode. But not to only critize for fans of GTA it is 100% choice, specially when it is probably the only one series which you still do not have. 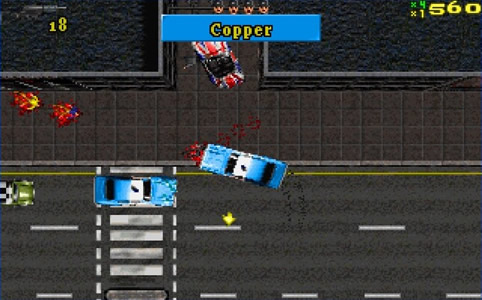 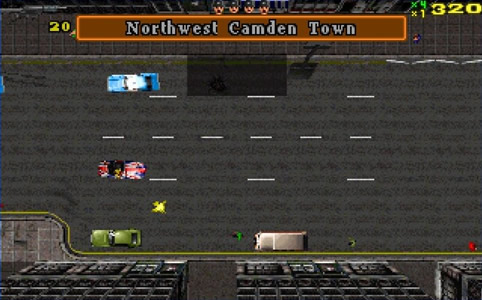